UN Secretary-General Antonio Guterres recently visited Japan to attend the G20 summit, which was held during a three-day period from 27 to 29 June 2019.

A press conference was held before the G20 convened, during which he expressed his wish to attend many of the sessions and side-events to be held throughout the summit (addressing issues such as climate change and women’s empowerment) and to hold talks with leaders of various countries during intervals in the summit.

Through pictures and SNS posts, we reflect on the Secretary-General’s visit.

On the evening of 27 June, Secretary-General Antonio Guterres arrived at Itami Airport. He arrived with an impassioned message on climate change to deliver at the summit and shared his thoughts with the world on social media.

I’m at the #G20 Summit in Osaka because people around the world are demanding immediate #ClimateAction and inclusive development.

The green economy offers countless benefits. But to reap them we need rapid transition, deep transformation, and political will.

Day One of the Summit

On the morning of 28 June and prior to the convening of the summit, the Secretary-General held a press conference. He stressed the importance of taking proactive climate action and made evident the pressing, imminent danger that climate change poses to humanity. He spoke on “heat waves in Europe, drought in Africa, storms happening also in Africa and the Caribbean” and the “worsening humanitarian consequences” of climate change.

In addition to his emphasizing the detrimental effects of climate change, the Secretary-General announced his intention to call for the world leaders present at the upcoming United Nations Climate Action Summit (which will be held in September) to play their part in alleviating climate change. He intends to urge the leaders to strengthen their resolve in pushing measures against climate change.

"Climate change is running faster than what we are. We are seeing a multiplication of natural disasters that are becoming more intense & more dramatic." - @UN Secretary-General at #G20 press conference. Full speech to play here ▶https://t.co/s2oif2wilz

For the first time since the G20 was formed, Japan chaired the G20 summit. Thirty-seven leaders of G20 nations and international organisations gathered at INTEX Osaka, the venue of the summit.

Following a special event on the digital economy and a session on the global economy, a session on AI and innovation was held. The special event and the two sessions were held in order to propose international rules on data distribution and electronic trade.

After these sessions, a dinner party and several cultural performances were held at Osaka Geihinkan, which is located in Nishinomaru Garden of Osaka Palace.

Audience members, which included the twenty world leaders and leaders of international organisations, had a prime view of the stage with a lit-up Osaka Palace as the backdrop. The performances, such as kyogen and piano recitals, represented Japan’s cultural and artistic realms. 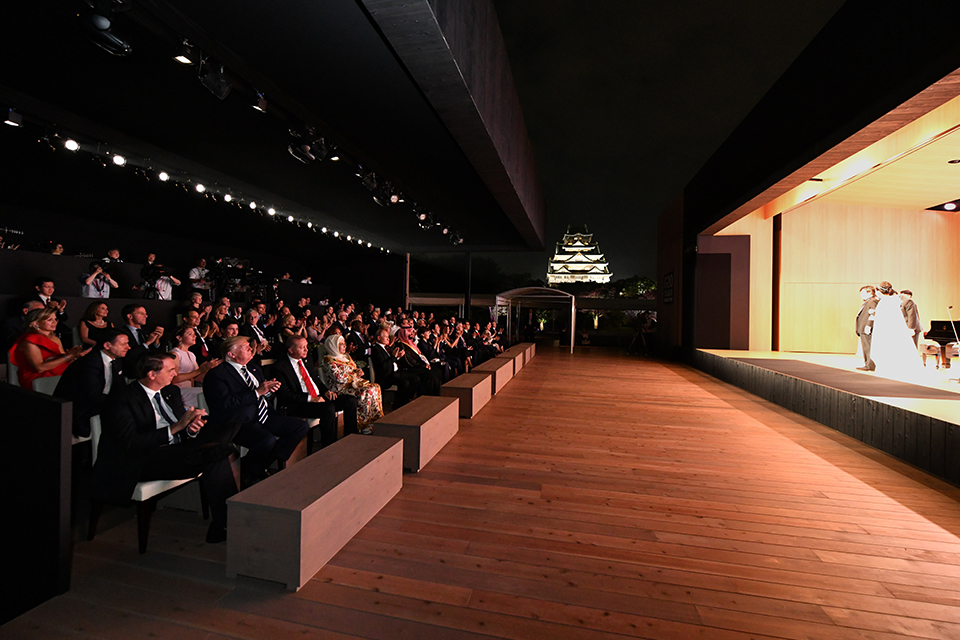 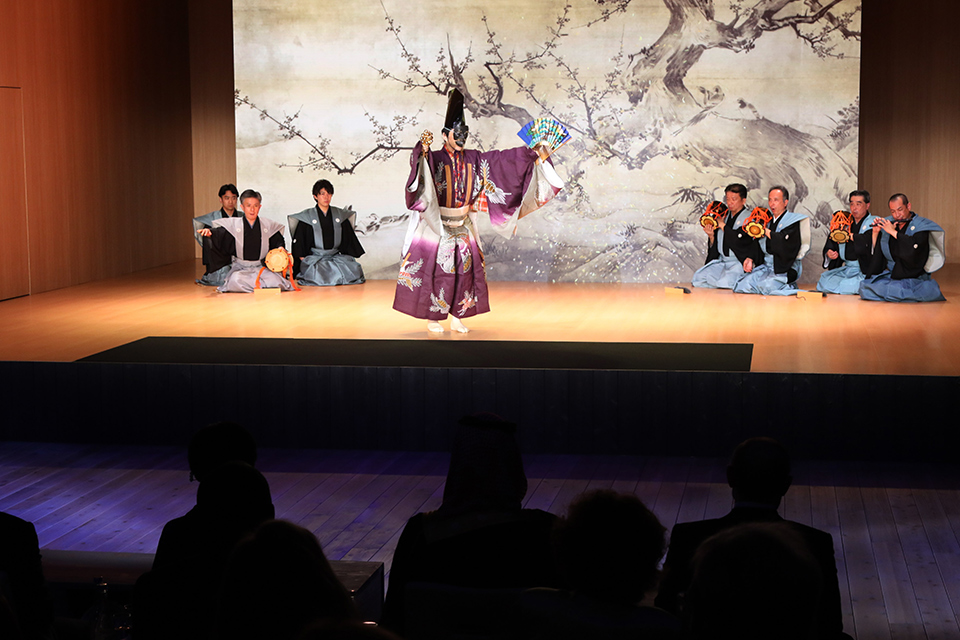 Day Two of the Summit

After their meeting, the three reaffirmed the Paris Agreement in a press conference as a comprehensive and effective measure in combatting climate change, emphasising the role of international cooperation in achieving successful enforcement of the agreement. Additionally, they reaffirmed the importance of combatting biodiversity loss and climate change.

At #G20, @antonioguterres thanks Foreign Minister of China and @JY_LeDrian for their commitment to help step up ambition on #ClimateAction https://t.co/IedoBNVPhm pic.twitter.com/50nEx3zZCk

You can access a video of the press conference here.

The danger of disparities was brought to light in the discussion on achieving a sustainable and harmonized world.

The Secretary-General’s Summit with the Leaders of Various Countries

The Secretary-General also reiterated the importance of eliminating greenhouse gases and CO2 emissions by 2050 to the G20 leaders.

The pair discussed climate change and the Sustainable Development Goals.

Looking back on the Secretary-General’s Visit to Japan

The Osaka G20 summit was enlivened by economic and trade friction between the U.S. and China, the world’s race-against-time in our fight against climate change, the pressing demand for women’s empowerment, and the introduction of exciting new innovations.

In addition to addressing such topics, Prime Minster Abe announced the Leaders’ Declaration, which expresses his and all the leaders’ desire for strengthened cooperation.

The Secretary-General, who represented the United Nations at the G20, stressed the vitality of unified and inclusive action against climate change. Aside from urging the world to become completely carbon neutral by 2050, he alluded to the agenda he intends to push at the upcoming UN Climate Action Summit. The UN Climate Action Summit will convene in September, and the Secretary-General remains as resolute as ever to promote global climate action, urging world leaders to develop environmentally-friendly legislation by “putting a price on carbon, ending subsidies to fossil fuels, [and] not accepting the idea that we still have an acceleration of the construction of coal power plants.” These ideas, he states, are “absolutely essential to rescue the planet.”

One major accomplishment of the G20 was the agreement that the leaders adopted to stop the production of new marine plastic waste by 2050. Evidently, the Secretary-General’s staunch and immovable stance on climate change left a lasting impression on the Japanese public and on the world.

Login to quote this blog

You cannot quote because this article is private.